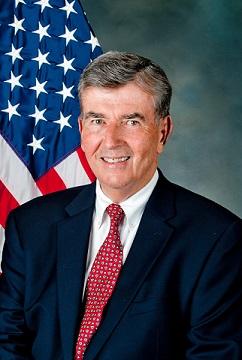 Neil David Breslin, Democrat, is currently serving as New York State Senator representing the 44th District, which consists of parts of Albany County and parts of Rensselaer County. Born as one of six children, Neil is a lifelong resident of Albany.

On academic scholarship, Neil attended Fordham College from which he graduated with a BS degree in Political Science. While in law school at the University of Toledo, he was named the editor-in-chief of the Law Review. Upon graduation from law school, Neil became an associate in the firm of Garry Cahill & Edmunds and two years later became a partner in a new firm entitled Garry, Cahill, Edmunds & Breslin. In 1981, Neil formed a partnership with his two brothers, Michael and Thomas. Currently, Neil practices law as "of counsel" to the firm of Barclay Damon, LLP.

Neil has been a community leader for many years. His involvement in civic and social areas in Albany includes 15 years as a board member of Arbor House, a residence facility for women in need. He also served as president of Arbor House for a period of seven years. Neil has been the attorney for St. Anne's Institute in Albany and has performed work for Hospitality House, the International Center and Hope House, a drug treatment facility. Further, Neil was Vice President of the Interfaith Partnership for the Homeless from 1994 to 1998.

Neil currently serves as Co-Chair of the Legislative Ethics Commission and is a member of the Legislative Commission on Rural Resources. Neil is the former and longest serving President of the National Conference of Insurance Legislators (NCOIL) and is currently Chair of NCOIL’s Special Committee on Race in Insurance Underwriting. In addition, he is the former Chair of the State/Federal Relations Committee. In recognition of his dedication and commitment, Senator Breslin has received awards from numerous organizations including the Environmental Planning Lobby, Capital Area Council of Churches, the Legal Project, the Homeless Action Committee, Upper Hudson Planned Parenthood, Caregivers Respite Services of Catholic Charities, University at Albany's Presidential Honors Society, New York State Bar Association, American Civil Liberties Union, KidsPeace National Centers, Nelson A. Rockefeller College of Public Affairs and Policy ("Distinguished Public Service Award") and Robert F. Kennedy Democratic Club ("Profiles in Courage Award").  In addition, in 2009, he was the recipient of the Pathways of Hope Award given by the Clearview Center, the Advocacy Award given by the International Center of the Capital Region, the Community Service Award from Centro Civico Hispanoamericano; and was honored by the Capital District Area Labor Federation for years of service to the labor movement and working families. He was also the recipient of the 2012 “Voice of Progress Award” given by the RFK Democratic Club and in 2013, he received the “Person of the Year Award” given by the Troy Youth Association.  In 2014, he received the Distinguished Leadership Award given by the Autism Society of the Greater Capital Region. In 2015, he was named a Champion in Compassion, an award given by the Homeless and Travelers Aid Society.  In 2017, he received the Centennial Medallion from Catholic Charities of the Diocese of Albany as well as the CWA Solidarity Award. In 2018, he received the Humanitarian Award from Living Resources. Most recently, in 2019, he received the 2019 Public Service Award from the Insurance Federation of New York.